May 2022 – A Private Guided Tour of the Foundling Museum

The Foundling Hospital was founded by Thomas Coram in 1739 to provide homes for children at risk of abandonment.   Many artists, including Hogarth, Gainsborough, Reynolds and Roubiliac, donated paintings and sculptures in order to support the hospital and it became the UK’s first public art gallery.

Our late morning visit will give us an insight into the history of the organisation and an opportunity to see the wonderful collection of works of art.

Enjoy an early morning curated visit to the Whitechapel Art Gallery exhibition A Century of the Artist’s Studio 1920 to 2020.

This fascinating show will trace a hundred-year history of the modern studio, starting in the early 20th century when artists began to question artistic practice stretching back to the Renaissance.

Featuring over 80 artists, it will explore manifestations of the studio worldwide. This special opportunity to enter the gallery before the general public is admitted will enable us to experience the display in peace and calm. The Circles of Art is delighted to be a sponsor of the exhibition.

A special opportunity to see the wonderful library at the Royal Academy which is rarely open to members of the public. On our private late-morning visit, the archivists will provide us with an illuminating insight into the rare collections. Established at the time of the academy’s foundation in 1768, the library is the oldest institutional fine arts library in the UK.

It holds a significant collection of books about both British art and also the history of the Royal Academy since the mid-18th century. In addition to the Academy’s own records covering 250 years of British cultural life, the archive holds papers of the 18th-century Society of Artists and the Graphic Society, an informal Bloomsbury-based society which flourished in the mid-19th century. 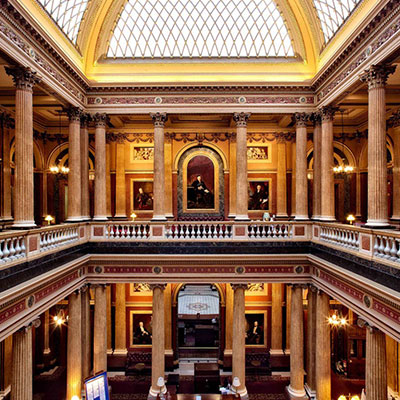 Join us for an exclusive morning visit to the Reform Club, with a special opportunity to view treasures normally hidden from view.

Our private tour will also include the caricatures collection, featuring legendary issues and escapades over the years. 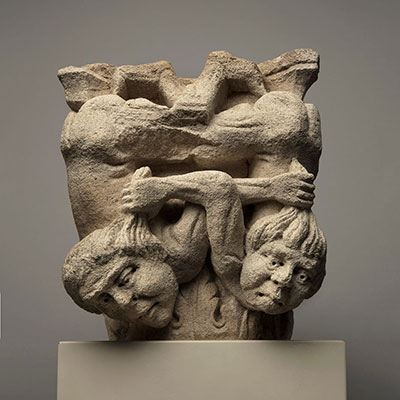 Enjoy a unique opportunity to view rare, antique objects close up, introduced by a leading expert in European Middle Ages art. We are exceptionally privileged to be invited to the Mayfair gallery of Sam Fogg, where a wide range of works is on display.

We will step back in time into ancient civilisations brought alive by sculptures, paintings, stained glass, manuscripts and exquisite examples of decorative art. The event commences with an illuminating talk about the objects on show, followed by time to contemplate them at leisure. 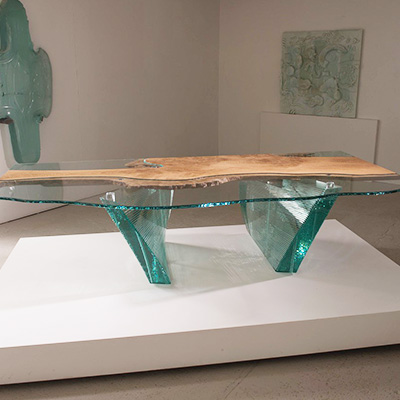 Glass sculptor Danny Lane is opening up his Wormwood Scrubs studio to us for an exceptional private view. We will enjoy the opportunity of speaking with the artist himself as he introduces works in progress. US-born Lane first made his mark in the 1980s through his art furniture and has now moved into large-scale public sculpture.

His monumental “Borealis” is believed to be the largest glass sculpture in the world. As part of the 800th anniversary celebrations of Salisbury Cathedral in 2020, the artist created “Stairway”, a six-metre flight of ascending steps that echoes the cathedral spire. Lane’s work can be seen in public spaces and collections worldwide.

We are invited to enjoy a private guided tour of a major exhibition marking the 300th anniversary of the death of sculptor and carver Grinling Gibbons. Hosted by Bonhams in New Bond Street, “Centuries in the Making” explores Gibbons’ vision, skills and technique.

Works have been assembled from national museums, historic houses and international lenders. It will be a rare opportunity to see so many of the master carver’s work in one place.